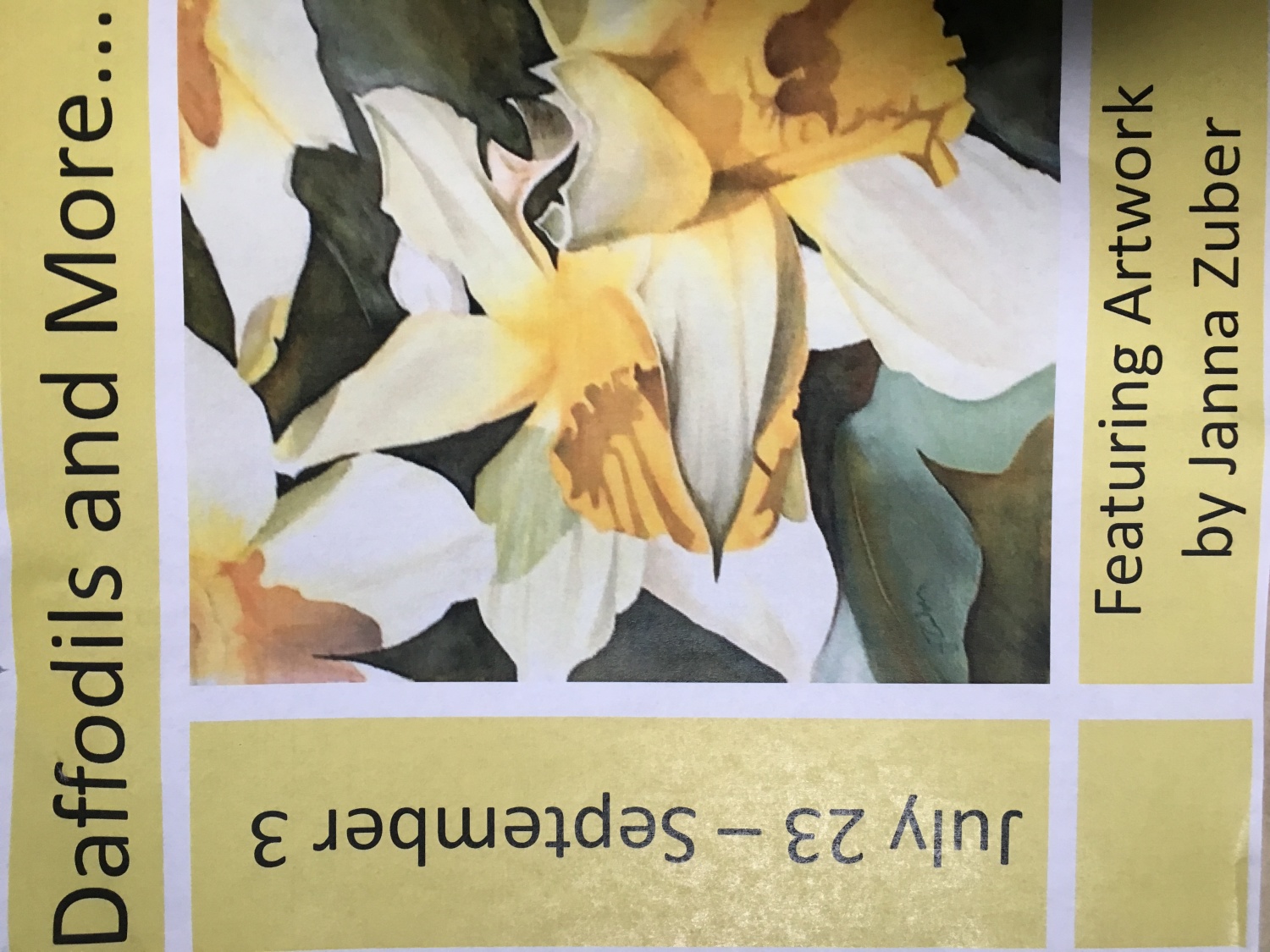 November - solo show at The Bowie Center for the Performing Arts, and for those of you who are reading this, I will never again schedule more than 2 solo shows a year - it is crazy!  Plus have our daughter's wedding this fall!

Multiple acceptances into the juried art shows at Montpelier Mansion, Laurel, Md. from both Patuxent Art League and Laurel Art Guild from 1995 to recent past with 3 honorable mentions, and juried into multiple shows with The Maryland Federation of Artists, Annapolis, Md.

2004 – 2010 - proactive in educating the public on the dangers of inhalant abuse. Spoke to PTA’s, high school students, a Bowie Baysox game and the Maryland General Assembly. Started a campaign with the incredible help of The Alliance for Consumer Education (ACE) and together got all the Giant Food pharmacies across the Eastern Seaboard to launch campaign to educate the public about inhalant abuse in April of 2006.

Play the hammered dulcimer, garden and love being a grandmother to 4 beautiful girls!

Love to hike with my husband and kids when it is under 12 miles and no scary cliffs.